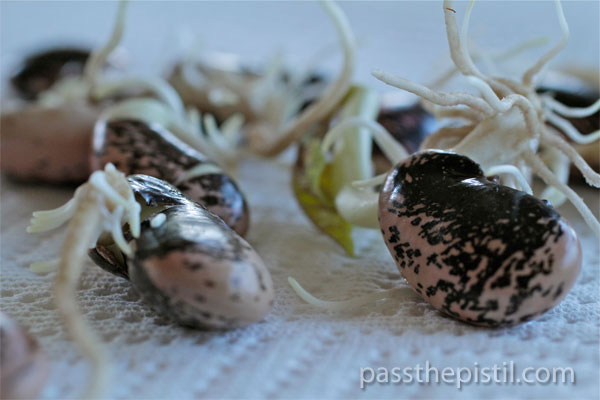 Sometimes I like to test the common school of thought, such as the first time I grew scarlet runner beans. Conventional wisdom says, “Start beans in a wet paper towel….” So, of course, I popped a few straight in soil. What could I lose? But, to be certain of minimal success, I started the rest as recommended.

Only one or two of the beans sown directly in soil sprouted. The others came up moldy and rotting, like a forgotten bit of food found deep in the recesses of my refrigerator.

However, all of the beans tucked neatly in moist paper were emerging, perky and ready to go.

These beans are the descendants of my first, lucky crop. They were left to start a couple days too long but have since found their way into the soil.

Lucky for them and lucky for me.

*Note: Beans are one of the few seeds that are thought to weaken from pre-sprouting but this is worth experimenting with. Also, moldy seeds are generally an indication that the soil is too wet and/or the soil temperatures are still too cool for planting. 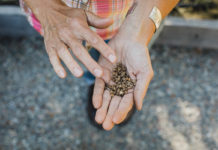