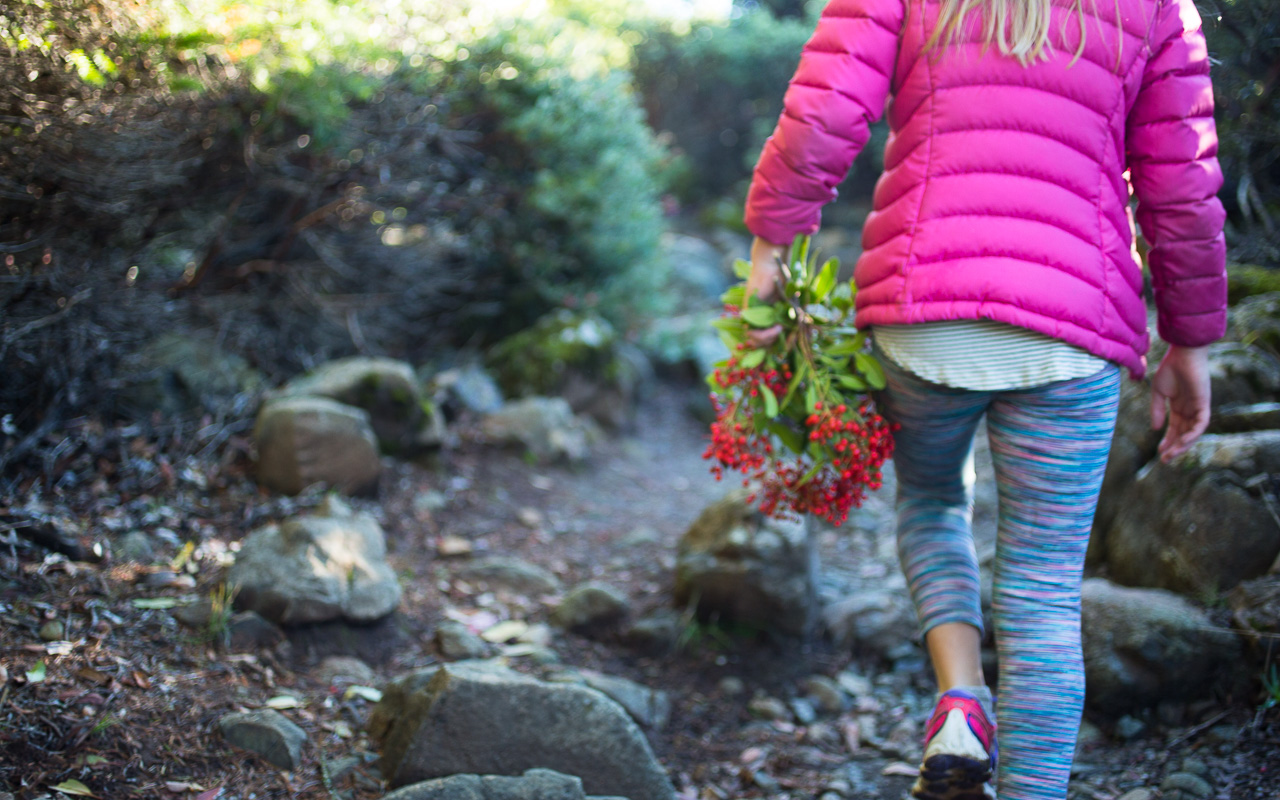 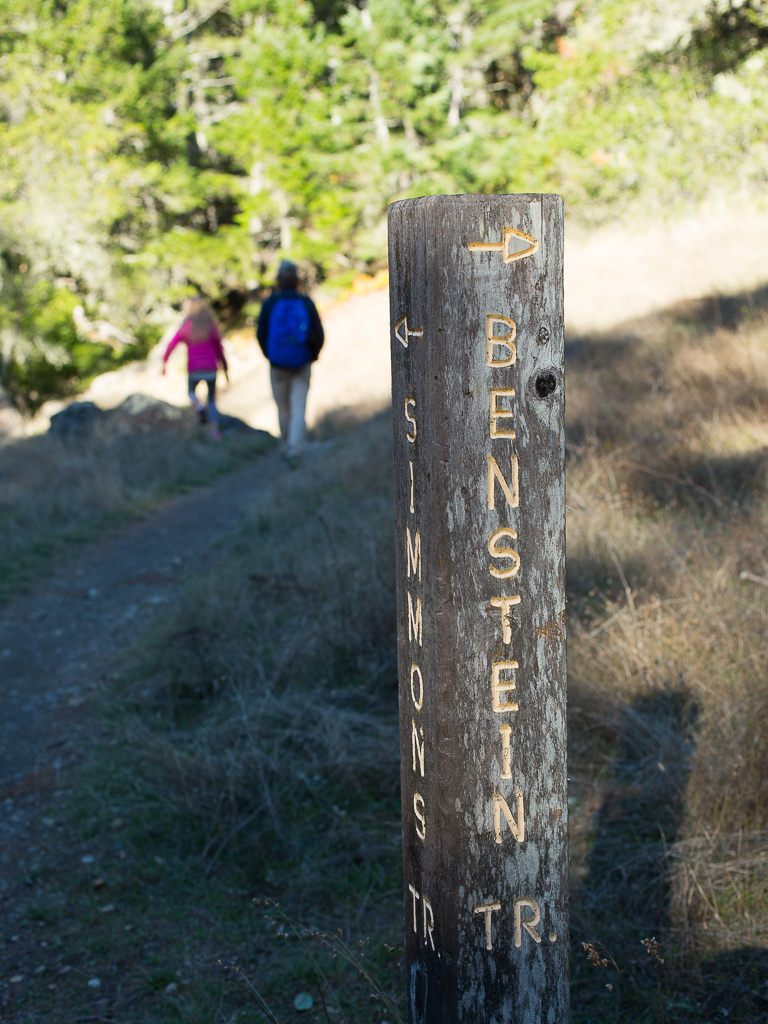 It was a perfect December day for a walk. The sun was out, the day in front of us, and we were ready for an adventure (which is code for spending the day outside). So, off we went with a general idea of where we wanted to explore, equipped with a couple water bottles and emergency snacks.

With 7 million people in the greater San Francisco Bay Area, I’m continually amazed at the sheer number of trails that are little traveled, especially on the weekend! And here we found ourselves again, on a footpath to ourselves filled with afternoon light. 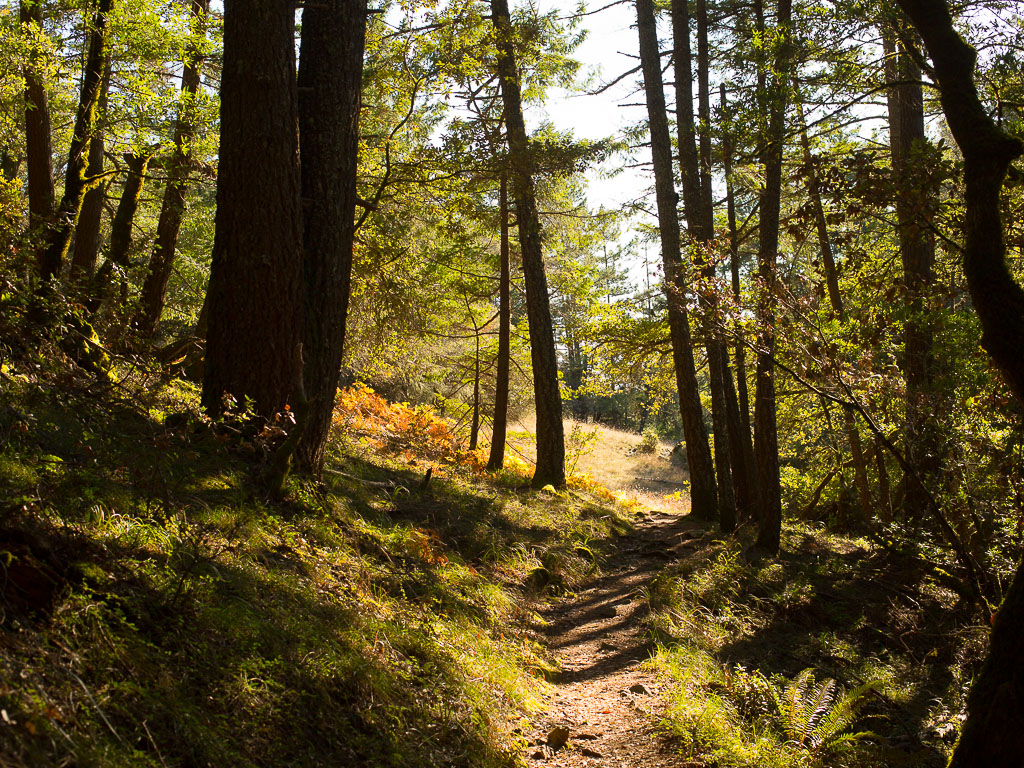 This particular set of trails passes through a range of different ecotypes: oak woodland, mixed conifer, coastal scrub, meadow, and bands of serpentine where it’s always a surprise to find all sorts of native plants thriving. It’s magical and even better when there’s no particular goal other than enjoying the moment.

We did what you would do, walked and talked, teasing and laughing — me stopping to take photos even while my family joked about how I was “slowing them down.” There were moss “pillows”, ferns and mosses growing together from boulders, manzanita just taking on new growth after the first fall rains, toyon (also known as Christmas berry), and mistletoe! 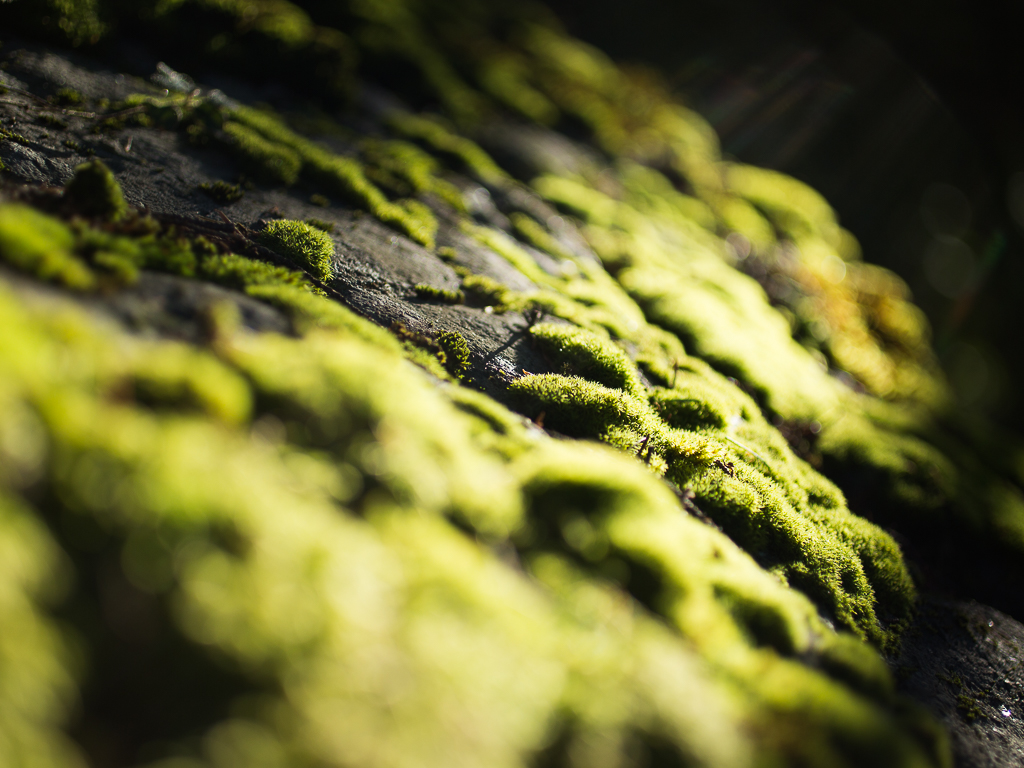 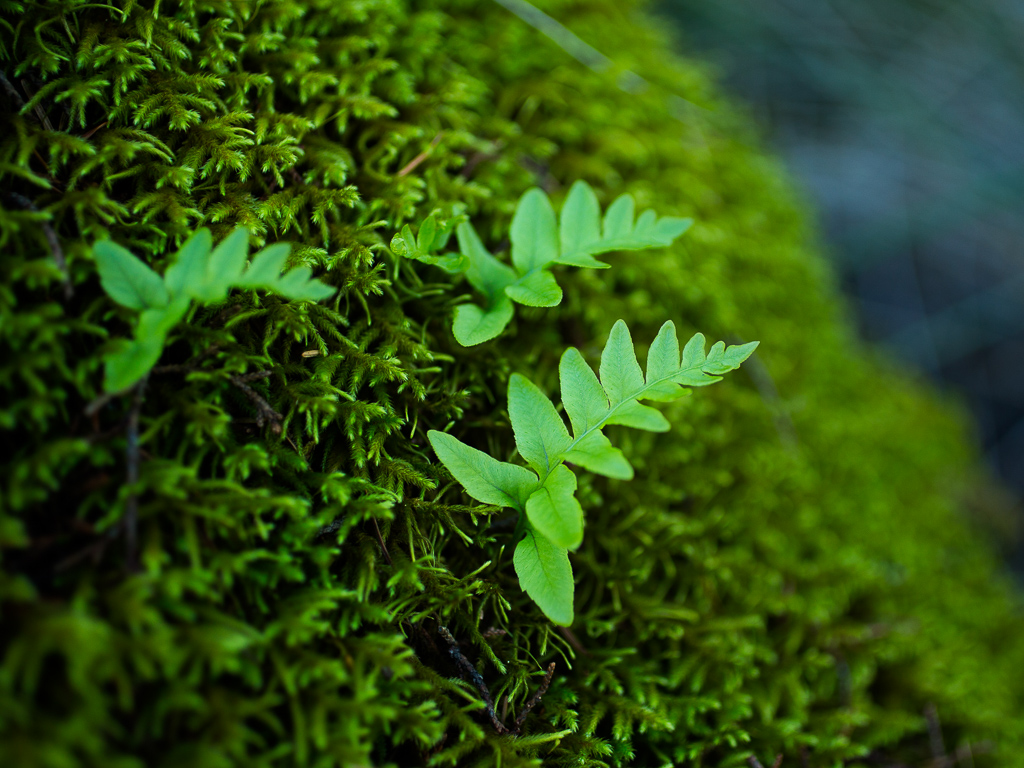 Toyon, Heteromeles arbutifolia, is a fabulous plant native to the west coast. A shrub to small tree, it blooms in late summer to early fall, producing masses of gorgeous red berries by December. It’s drought hardy and a key source of habitat and forage for wildlife, though its berries are poisonous to humans. 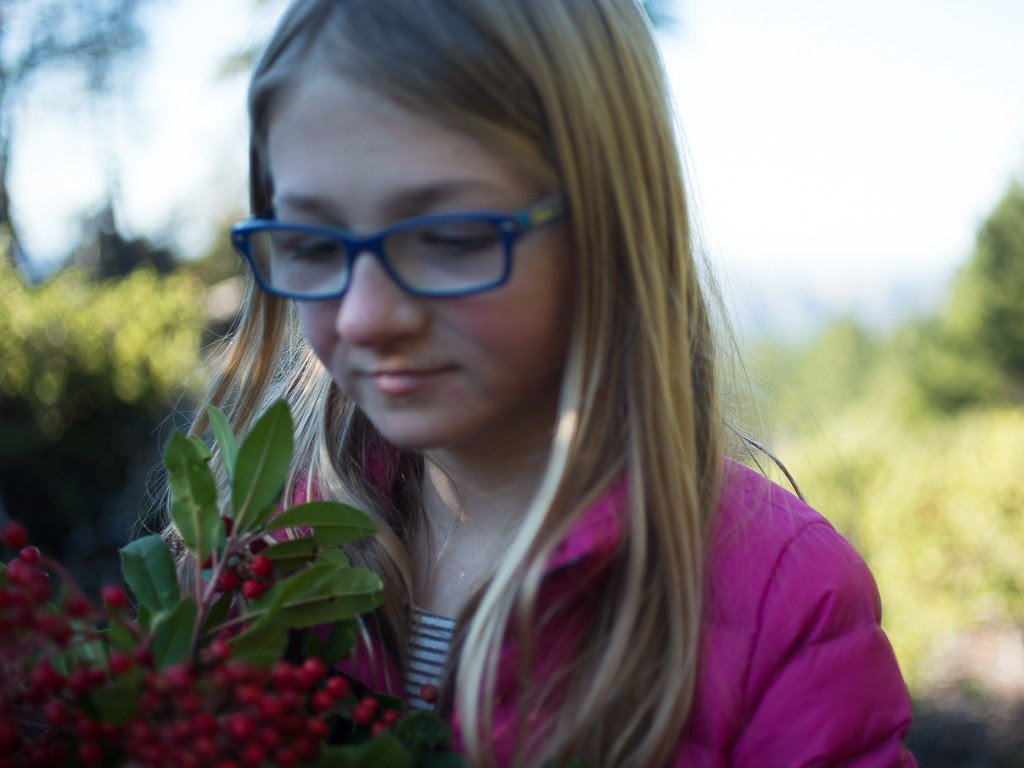 Sinead has decided the toyon will be perfect for decorating. 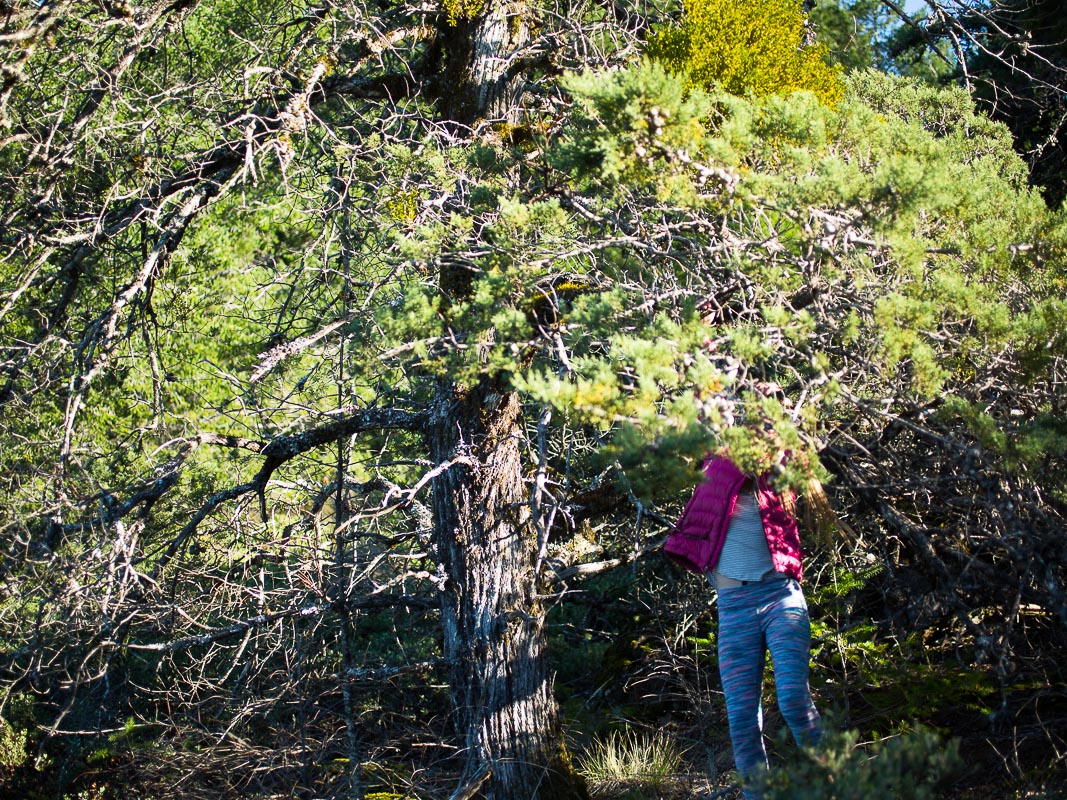 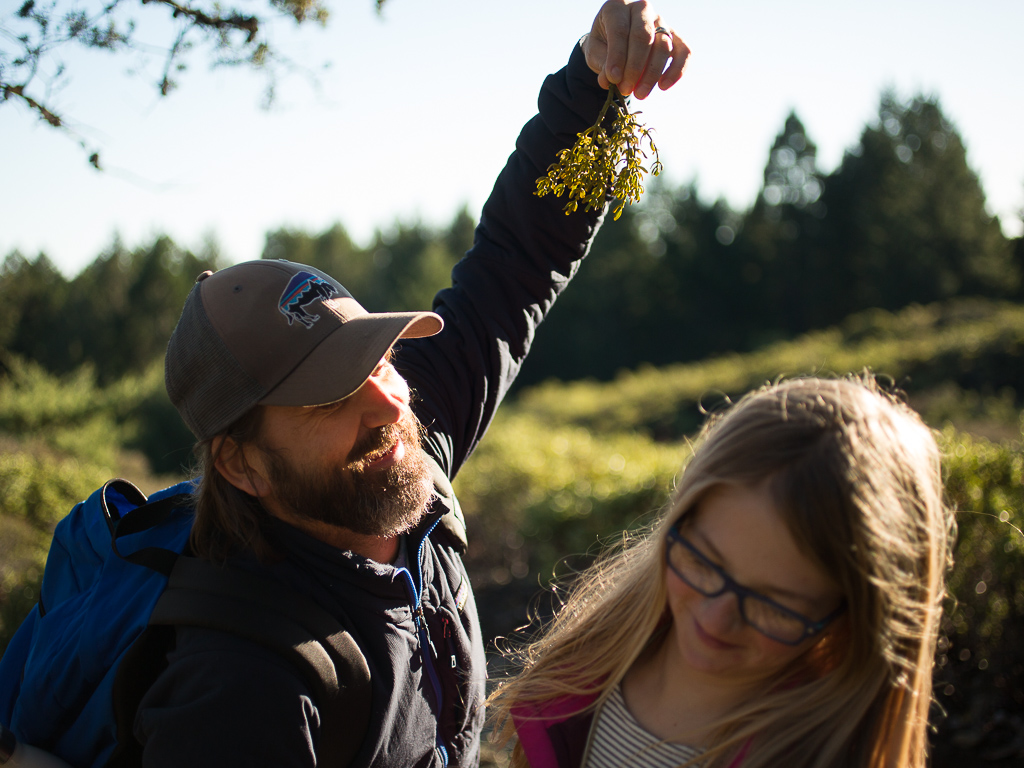 The mistletoe was spotted growing just within reach on a cypress, and it was immediately a source of endless questions. How does it grow from the tree and so high up? Where does it get its nutrients? Why do people kiss under it – ewe?

Some Cool Facts About Mistletoe

What do Norse mythology, habitat diversity, and stealing a smooch during the holidays have in common? Yup. You guessed it. Mistletoe.

From BC to BCE, mistletoe has long been at the center of traditions worldwide. It’s seen as an elixir of life and a symbol of fertility thanks to its evergreen nature, continuing to thrive in winter, bearing rich, green leaves and sticky, white berries while its host plant hibernates through the coldest months.

The early Norse peoples of Scandinavia may be the first to start the tradition of kissing under the mistletoe. Legend has it that Baldur, the Norse god of peace, forgiveness, and love, was killed by an arrow made from mistletoe. His killing is said to be the result of a grave oversight. When Baldur was born his mother, Frigga, made each plant and animal promise to protect Baldur from harm, but somehow she overlooked mistletoe. Loki, an unpredictable and mischievous god, took advantage of this oversight and tricked another god into killing Baldur using mistletoe as his weapon. However, Baldur was brought back to life by the request of the other gods and goddesses, and it was declared that mistletoe would forever bring love to the world instead of death. With this, any two people passing under mistletoe would share a kiss in honor of Baldur.

Later, American short story writer, Washington Irving, included mistletoe in his 1920 work, Christmas Eve. He describes a Christmas scene in which “…mistletoe with its white berries hung up, to the imminent peril of pretty housemaids.”

While mistletoe is a parasite (technically a hemiparasite because it’s photosynthetic), sending roots into tree branches for minerals and water and eventually killing its host plant, it’s also vital to a thriving, diverse habitat. Its berries are an important food source to birds and mammals (though, like toyon, are toxic to people) and it’s intertwined branches are home to squirrels and nesting birds such as spotted owls and hawks. According to a National Geographic report, mistletoe is considered a keystone resource in Australia, helping to “increase the diversity and abundance of wildlife in forest environments.

Add to all this the fact that Mistletoe is also under great scrutiny as a possible cure for cancer and a number of other ailments and I think it’s something quite wonderful — certainly a good reason to give someone you love a smooch. 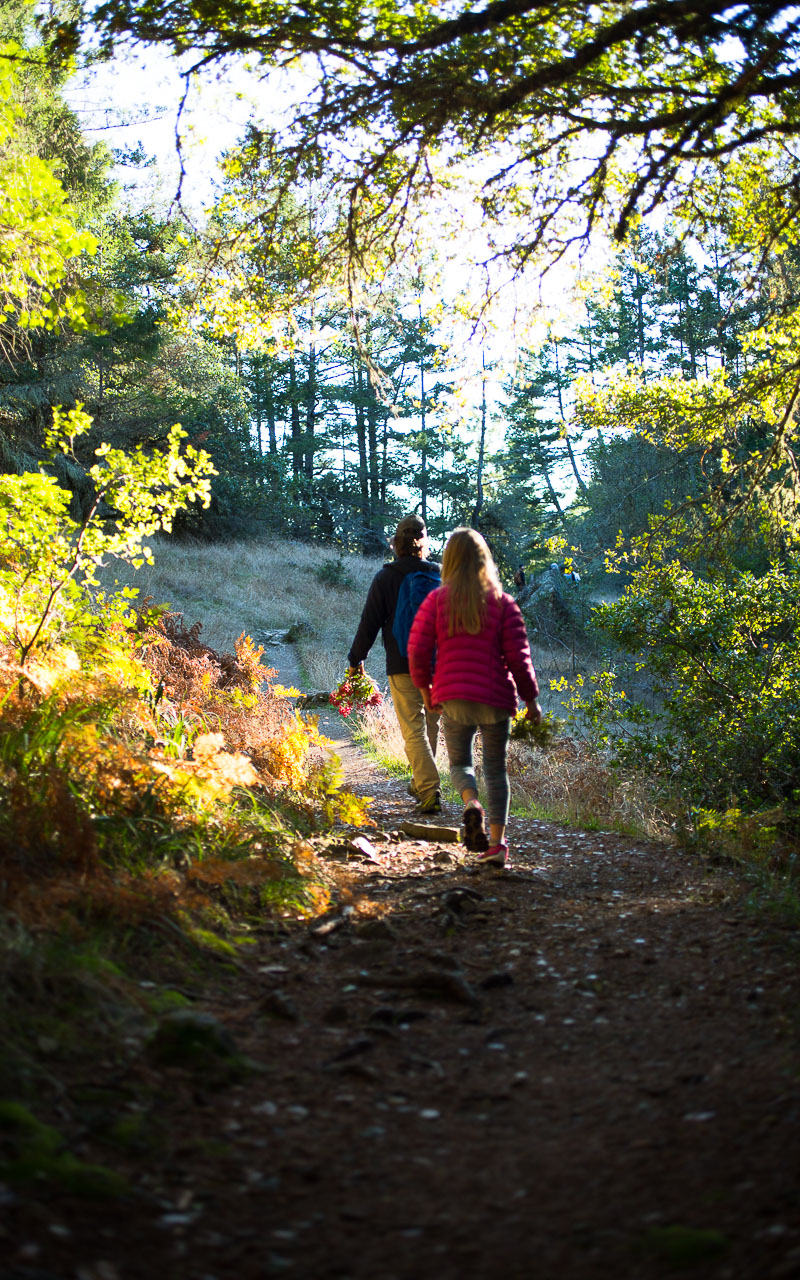 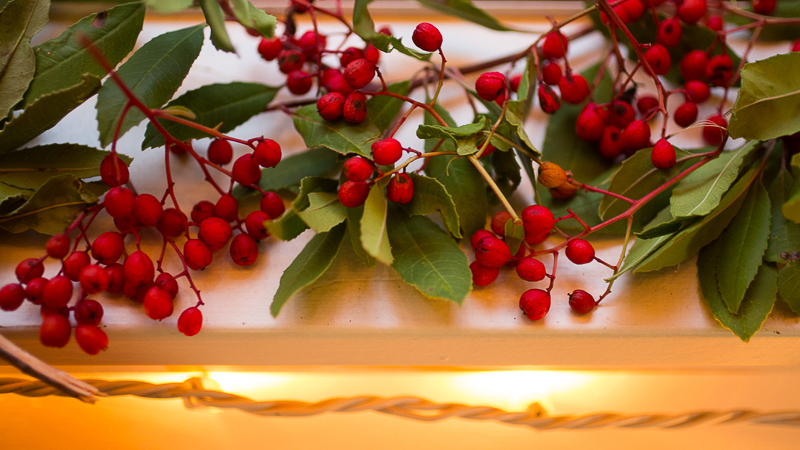 How to Care for Amaryllis so it Blooms Again 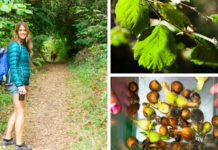