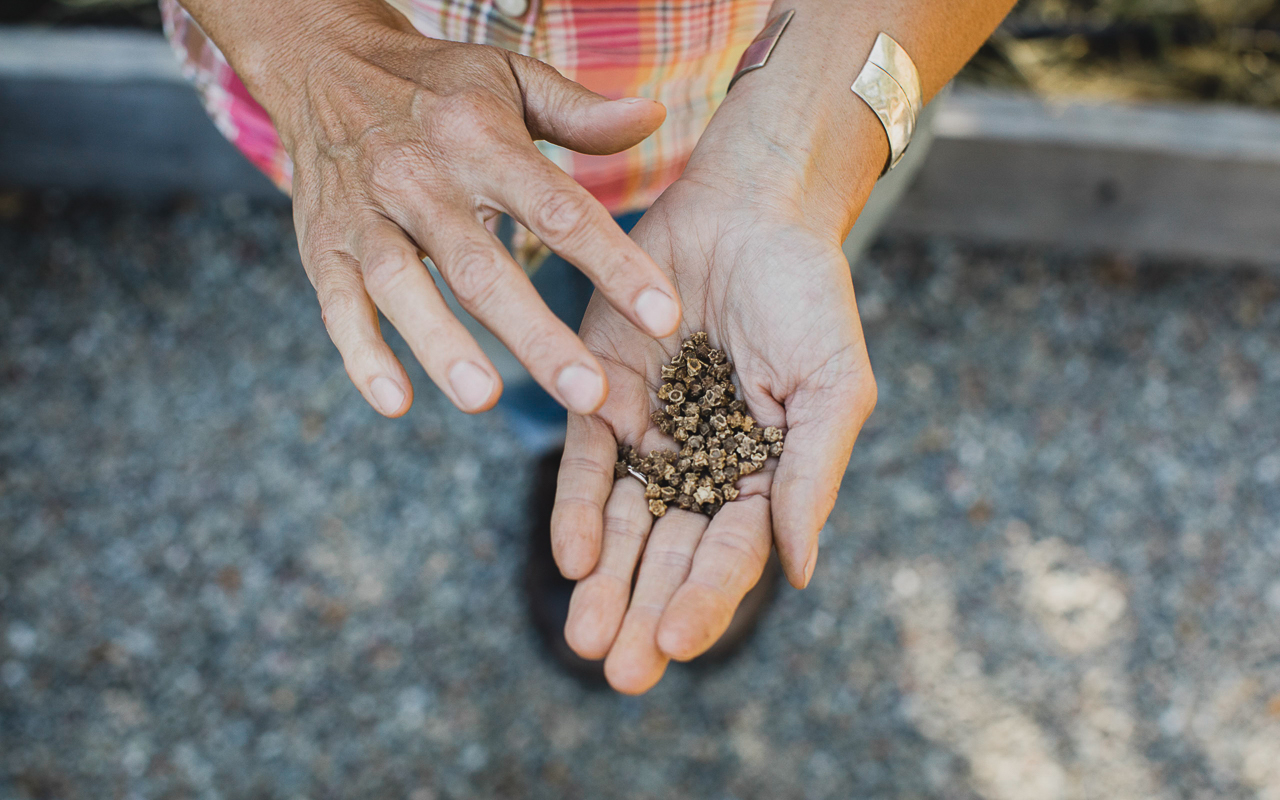 Growing a garden from seed is really pretty amazing. And! amazingly simple. So, don’t let seed terminology commonly used to describe seeds slow you down.

In fact, if the word “heirloom” doesn’t make you want to get your hands on some seeds I don’t know what will — something passed down from generation to generation, person to person, how could it get better? Except for maybe seeds that are “open-pollinated”? For me, open-pollinated conjures up dreamy visions of bees and an abundance of wildlife, flitting around the garden, flower to flower.

The laundry list of terms used to describe seeds inspires a sense of possibility and, at times, confusion. Here are some basics to help you choose the seeds right for you. 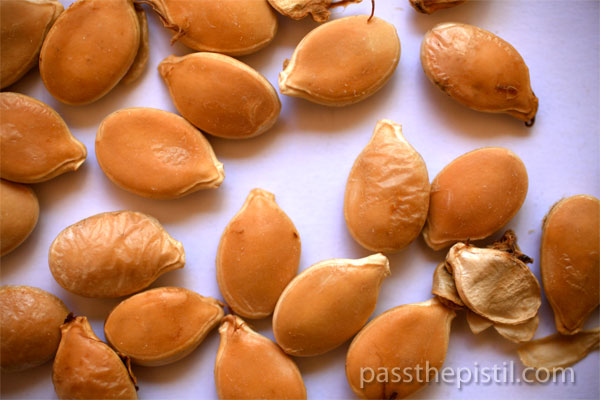 Heirlooms are open-pollinated seed varieties passed down over the years. They generally date back to World War II, however, some say they have to be passed along 50 years ago or more to be considered true heirloom seeds. Seed companies have taken on the job of producing heirlooms as they’ve gained in popularity. These are seeds that have tried and true qualities and produce plants with the same characteristics as the parent plant. This means you can harvest seeds from heirlooms at the end of the growing season and grow them again the following season.

It’s important to note that some varieties within the same group of plants can cross-pollinate, creating a new variety like a zucchini and a pumpkin. What would that be called? A zucchkin? Sounds like a risk verging on a wonderful adventure. 🙂

Stick with the dreamy vision of bees and insects and add wind. Seeds produced by open-pollination create plants consistently or “true to type” (similar to the parent). This is amazing because it allows growers like ourselves to produce our own seed supply. But really, it’s a natural, ecological process and we glean the fringe benefits.

Hybrids are just that, the hybrid of two different varieties. The term “F1” is used to describe the first generation offspring of the parent varieties, deliberately cross-pollinated plants chosen for specific qualities with the purpose of creating something new, generally to create a plant that has particular disease resistance, flavor, habits, and vigor. This can be hugely helpful when growing your garden in challenging conditions or you’re looking for consistency. However, seeds grown from hybrids will not grow true to their parent plant but will have characteristics of the plants used to form the F1 generation. Sowing seeds produced by hybrids is not recommended.

Organic seeds are produced by plants grown in a chemical free environment as regulated by the USDA National Organic Program. Chemicals include synthetic fertilizers and pesticides and the use of genetic engineering is not allowed. Organic seeds are the beginning of a healthy food supply and a robust environment.

The process of growing organic, heirloom, and open-pollinated seeds and saving them to be grown the following year, and then the next and so on gradually encourages plants to adapt to the local microclimate. Save seeds from the hardiest of plants, or plants that have a characteristic you’d like to repeat, to be grown again the following year.

A Genetically Modified Organism (GMO) is an organism in which the genetic material of one species is artificially implanted into the DNA of another species. Therefore, combining genetics and creating an organism that does not naturally occur in nature. GMO seeds present a large number of problems, from unwanted cross-pollination and questionable health risks.

One of the most concerning risks is the effects of Roundup Ready seeds. These are GMO seeds that grow into plants resistant to Roundup, a toxic herbicide known to cause cancer. Fields planted with Roundup Ready crops are uniformly sprayed with Roundup so everything is killed except for the crop itself. This creates a toxic food desert for animals such as bees and migrating monarchs, and food destined for grocery stores that are toxic to human health.

Seeds that are pelleted are coated with a clay-like material creating uniformity in size making the process of spreading seeds easier. Pelleted seeds are not commonly sold for home gardening, but designed for farms and mass planting by machinery.

Seeds coated in a chemical, typically a fungicide, and often used in commercial agriculture. Organic practices don’t allow the use of treated seeds.

When male and female flowers exist on the same plant (such as a tomato) and pollen moves from the anthers to the stigma of the same flower.

How to Make Paper Pots for Planting Seeds

6 Things to Remember When Planting Seeds

*This article was originally published in April of 2015.