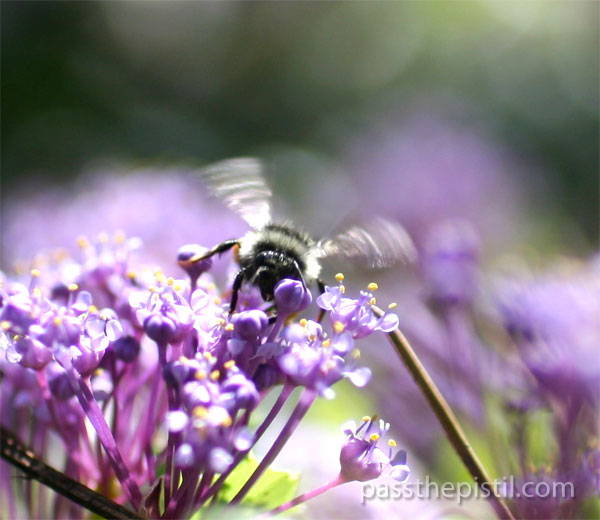 Squaw Carpet, also known as Mahala Mat, is one of the first native plants to flower in the higher elevations of the Sierra Nevada. If you find it you’ll also find bumblebees zipping around, one flower to the next.  Sacks of pollen weighing down hind legs like heavy suitcases.

The study, Flight of the Bumblebee, found that 80% of seeds are cross-pollinated in the first flower visited on an individual plant.  However, 90% of seeds were self-pollinated by the time bustling bees visited the 4th flower of the same plant.  This is interesting, but the next set of findings is maybe more so.

A native species of monkeyflower was used to conduct the study.  When an invasive non-native species, purple loosestrife, was added as a variable it proved itself to be a “bee magnate”.  Luring pollinators away from the native plant, out competing for the attentions of bumblebees.

Researchers concluded that “this preference for purple loosestrife or other exotics could threaten reproduction of native plants and have devastating effects on ecosystems.”  The presence of non-native species effects native plant success and therefore regional ecology.  If it’s not purple loosestrife it will be another non-native, a garden escapee or unwitting transplant, to entice our favorite pollinators, leading them astray. 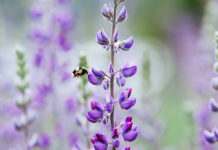 Bee-Friendly Plants for your Garden 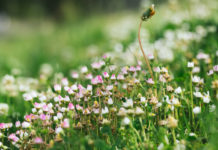 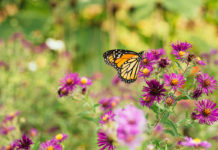 What You Need To Know To Help Western Monarchs