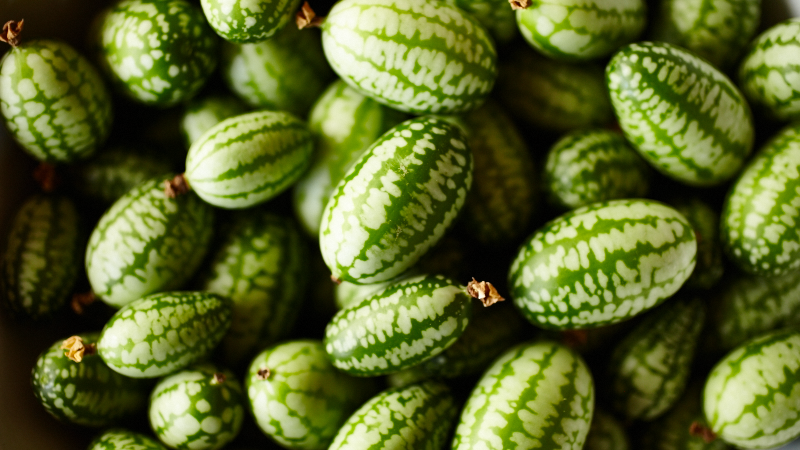 Adorable. It’s the first word that comes to mind when discovering Cucamelons. Adorable with a capital “A.” No wonder it’s also known as Mouse Melon. Yet another more common name, Mexican Sour Gherkin, adds a tinge of mystery to the mix. Adorable, sweet, sour and it’s a cucumber that looks like a miniature watermelon?

I know what you’re thinking. You have to grow this plant.

So what are you waiting for? What makes it even more fascinating is that it’s an open pollenated heirloom from Central America and not a true cucumber. Cucamelon, Melothria scabra, is in the same family as a cucumber and has a similar habit but you’ll quickly discover that it’s unique, less particular and easier to grow. 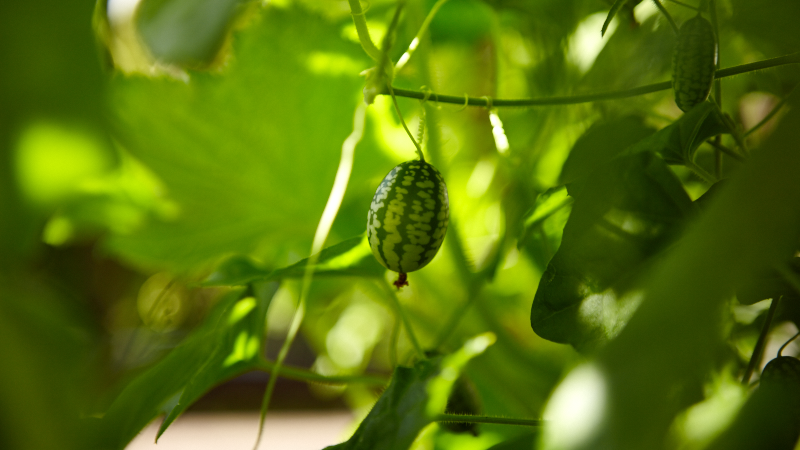 In warmer climates (USDA hardiness zones 9 or warmer), direct sow Cucamelon seeds in your garden once soil temperatures rise in April to May. Treat them as you would cucumber seeds, planting them in groups or circles of 4 to 6 about 1 inch apart with groups about 12 to 15 inches apart. Thin them once established using scissors, selecting the healthiest of the bunch.

In cooler climates or to simply play it safe sow seeds indoors with other summer crops in late February to April. Start them individually in paper pots and manage soil temperatures, keeping them warm to optimize germination. Plant out after the last frost. *Note: using paper pots allows you to plant them directly into the garden, paper pot and all, so the roots are intact and undisturbed.

Cucamelons are tender perennials which means, if you live in a warm climate they may continue to grow year after year from the same root stock. You can test this by insulating the area with mulch after the growing season. I’ve even heard that some gardeners remove the roots stock, placing it in a controlled environment and planting it back out in spring. 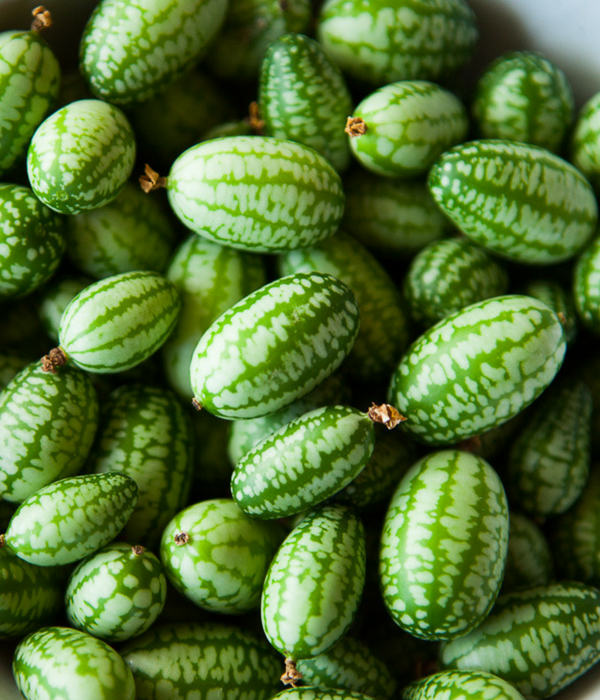 How to Grow Potatoes in a Bag 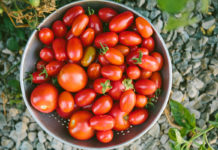 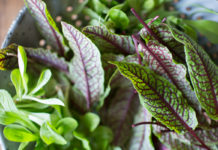 What to Plant: Red Veined Sorrel